How to handle the news your friends eloped 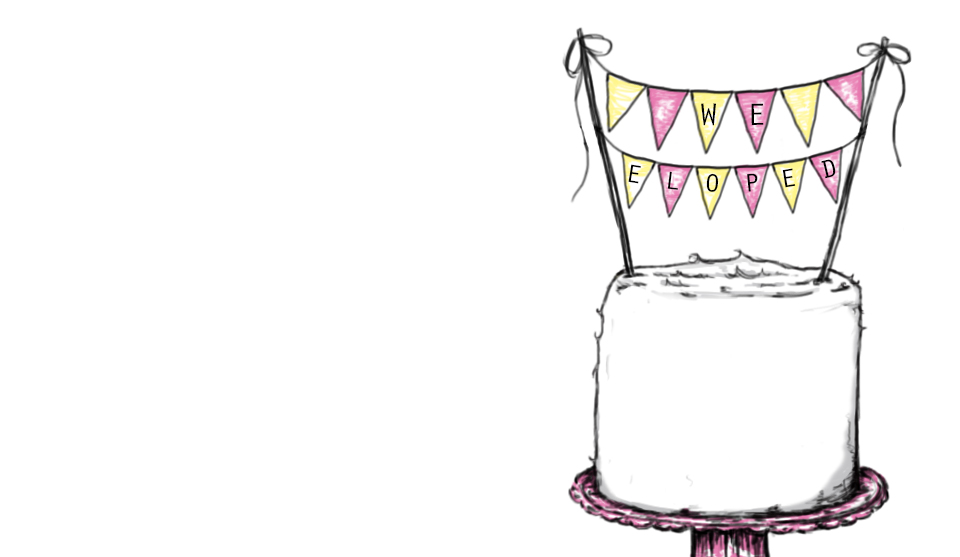 So there is no doubt about it I think elopements are one of the most romantic, focused and exciting ways to get married… for the couple.

As a friend or family member you may be feeling really left out. You feel like they kept such a big secret from you, that they obviously don’t love you enough to have included you in their day and this is probably the beginning of the end of your friendship.

Well hold up tiger because that’s not really true! Even if it feels true to you right now.

No… THEIR wedding is not about YOU, but yes you are still allowed to have feelings about it.

1- Let yourself have all the feelings & reactions you need to at the news they eloped but don’t wallow or take it personally.

I encourage people to elope for a living (amongst other things) and I really do understand and respect why couples choose this marriage route. BUT even I had the little “oh, didn’t they want me there?” thought  / ego bash when my friends eloped.

2- If you can’t say something nice don’t say anything at all.

Yes you are allowed to have your feelings and opinions on… well anything you like it’s a free country… But if you can’t be nice and supportive of this really difficult, rather brave decision they took to go against generally accepted wedding traditions, larger world expectations and the one million social / social media pressures being shoved down their throats to make their own path and elope, then rather don’t say anything.

They need your support not your pissyness. Pissy they will have plenty of (because not everyone was as cool as you and Googled how to deal with it) support will be in shorter supply, so be that person not THAT person.

3- Try seeing it from their perspective.

The decision to elope is rarely based on one factor. Most couples battle with a multitude of decisions, emotions and pressures when deciding to elope.

4- Just because they didn’t have you at their wedding day doesn’t mean they don’t want you in their lives.

Have you noticed how everyone wants to be part of fun stuff and not really the real stuff?

Ok you didn’t get to be part of this one fun thing they did but will you be there for the real things? (and if the real stuff of marriage and their marriage doesn’t really appeal to you.. well then I’m glad you weren’t invited to their wedding… bloody ‘fun stuff’ free loader! Shame on you.)

How did you support or celebrate your friends who eloped?

If you eloped what was the most helpful thing someone did for you?

Whew this is a great read and such a reminder that it is about us and not about worrying about keeping our friends happy.

Ah Linda I am SO thrilled you think so! Thank you!
I find keeping people happy is one of the biggest fears couples have heading into wedding planning, especially non-traditional weddings..but honestly if people do love you in any kind of real way they will understand!
Much love x

If you’ve come this far and like what you’ve read, sign up and become a Runaway Romance Renegade (coz the real fun stuff happens behind closed doors